1.3.1 was a major update to Minecraft: Java Edition, released on August 1, 2012,[1] and is the last major update to be released without a name. It added trading, adventure mode, Jungle Temples, Desert Temples, and new blocks/items including emeralds, Book and Quills, written books, tripwire, and Ender Chests. It also improved enchanting and increased the difficulty of Creepers.

Released on August 16, 2012, this mainly fixed some bugs and crashes in 1.3.1. It also changed tree generation in that trees can now generate with sideways logs, and the player can toggle showing server addresses in the server list using the F1 key. 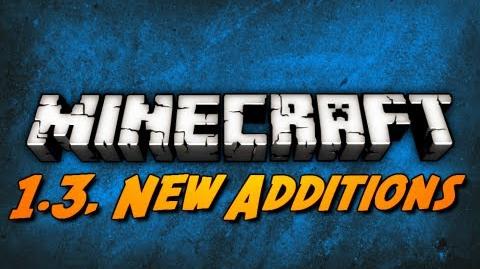