July 1, 2013
1.6.1, the first release of the Horse Update, was a major update for Java Edition, released on July 1, 2013. This update added many new features including horses, leads, blocks of coal, carpets, new commands, resource packs (replacing Texture packs), and a new Minecraft Launcher.

Released on September 19, 2013, 1.6.4 was a minor update that fixed a bug where structures would not save with the world file. It also added the player-idle-timeout option to the server.properties file. 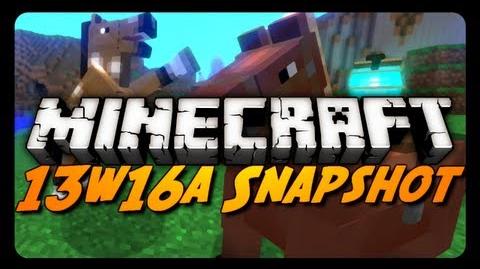