Minecraft Wiki
Register
Don't have an account?
Sign In
Advertisement
in: Not Yet Released, Naturally Generated Structures, Environment, Overworld

Caves (also known as caverns) are common underground structures that generate in the Overworld and, to a lesser extent, the Nether. They can generate at any altitude up to y=129, and may span from the surface all the way to bedrock at y=5. Caves can consist of randomly generated patches of air blocks and lava source blocks (at y=10 and below), exposing different types of stones and ores.

Depending on their elevation, caves can contain any type of ores. However, ore is mostly found in larger caves. Hostile mobs often spawn in caves which can make them dangerous places to explore if one is unprepared.

Small caverns, or caves, are usually found close to the surface. Due to their proximity to the surface, only coal ore and sometimes, iron ore can be commonly found in them, while other ores are rarely found.

Medium caves are usually twice the size of small caves. They form deeper underground, and they usually contain more types of ore than their smaller counterparts. Most medium caves are guaranteed of containing both coal ore and iron ore.

Large caves are rarer than the other types of caves, and they can be found deep underground. They can contain all types of ore. They usually contain large, circular rooms, or long, wide, tunnel-like ravines. They may also intersect abandoned mineshafts or other caves. They can be spread in-between multiple biomes, and they can (and often) contain multiple entrances.

Open-top caves, or ravines, are tall, thin caves with the distinguishing feature of having an opening to the surface at the top which basically makes them ravines with caves underneath them. Not all ravines are exposed to the surface.

Tunnels (also known as catacombs) are caves that connect two or more entrances. They seldom contain ore, and they are shorter and smaller than the small caves. Usually, on the x and z-axis in the game, tunnels are diagonally positioned.

Hillside Depressions are common caves that feature a small, naturally generated hole on the side of a steep slope or cliff-face, usually found in the mountains biome. They are much smaller than either small caves or tunnels, and as a result they rarely contain ore, and can only contain up to only coal ore.

Mesh Caves are a type of cave that will be added in the 1.17 - Caves and Cliffs update. Not much is known about it and only 1 image of it exists. 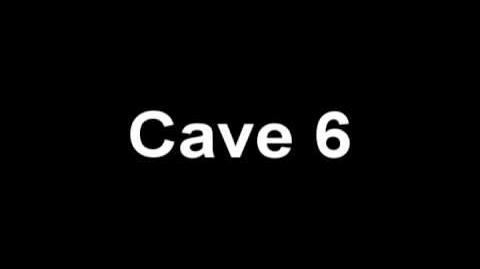