Minecraft Wiki
Register
Don't have an account?
Sign In
Advertisement
in: Opaque Blocks, Renewable, Pages where template include size is exceeded,
and 7 more

A Dispenser is a special, Redstone-powered block. When it is right-clicked, a menu allows a player to place items inside it such as arrows, splash potions, eggs, fire charges, and snowballs. Dispensers can contain up to nine different stacks of items, and the dispensing behavior is random. Dispensers can attack things if they contain arrows, snowballs, or any other throwable items.

A dispenser requires a pickaxe to harvest, otherwise, it will drop nothing.

Note: Some of these pictures where taken while using the resource pack, Faithful 32 x 32, instead of the original textures found in vanilla.

A dispenser that can fertilize crops

Dispensers that will shoot fireworks towards the sky. 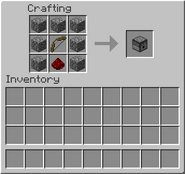 The crafting of a dispenser. 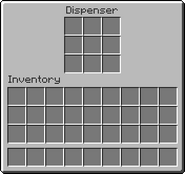 The GUI of the dispenser. 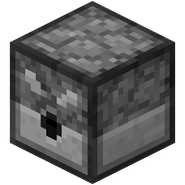 The first texture of the dispenser. 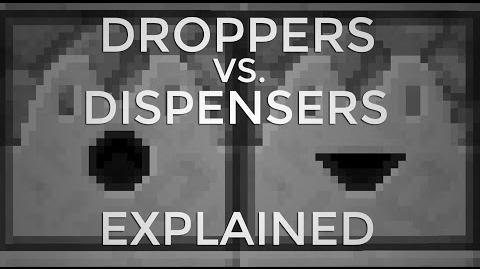