Gliding down to the ground, or getting boosted up by fireworks or a riptide trident in the rain.

Elytra are rare wings found in End City ships that are the only source of flight in Survival Mode, first introduced in Java Edition 1.9 snapshot 15w41a. They take up the chestplate slot.

Elytra are a pair of wings that allow a player to glide from high places. They are considered an end-game item. Elytra will allow a 10–1 glide ratio, which means a player can go 10 blocks forward for every block down at maximum efficiency; however, swooping down at an angle and then swooping up will allow for hundreds of blocks to be traveled horizontally without losing much height. To use it, it must first be equipped, then a player must jump and hold space while falling. On consoles, pressing

(PS3/PS4) while in midair will allow players to use the elytra if equipped. On Pocket Edition, press the jump button once in midair to glide.

While an elytra is equipped and a player is airborne, it's possible to actually fly, rather than glide, by using a firework rocket. This propels a player quickly, right in the direction they are looking; when the firework ends, however, and it has a firework star, a player will receive full explosion damage. However, if you make a firework rocket without an explosion, you will not receive any damage. Elytra can also be propelled using a trident with the riptide enchantment.

Elytra can be obtained from the End ship, floating off of some End cities in the outer End. It can be found within the hull of the ship, inside of an item frame. It is guarded by a single shulker. If you go into the End city there will be a room at the top that has an arch which will directly lead you to the end ship if you don't want to use lots of blocks.

Elytra lose one durability point per second and have 432 points of durability. As of 1.13, they can be repaired with phantom membranes by using an anvil (leather in console editions). They can also be repaired by placing two damaged elytra side by side on a crafting table. Their durability will be added together, and the two elytra will be merged into one. They can also be repaired using a grindstone as of 1.14 - Village and Pillage, but any enchantments will be removed. 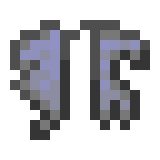 A broken elytra with the new texture. 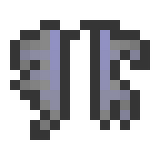 A broken elytra with the old texture. 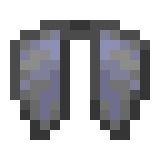 A fully repaired elytra with the new texture.

The new entity texture of the elytra.

The old entity texture of the elytra.