The Evoker Fang is an untouchable Entity that deals damage, and was added in the 1.11 update. It's exclusively summoned by Evokers as one of their attack methods. If a player is close to the evoker, the fangs will spawn in two circles, otherwise, they will spawn in a straight line. The inner spikes snap shut before the outer ones. Naturally-spawned evocation fangs do not harm illagers, but player-spawned ones do. 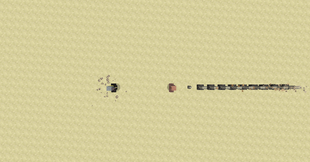 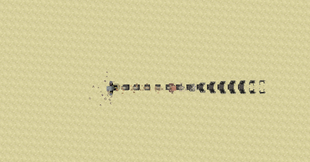 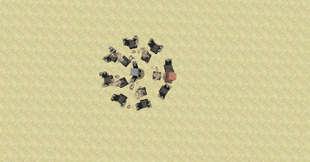