minecraft:horse
A horse is a mob that usually spawns in groups within plains and savanna biomes. They come in different hues.

Mules are mobs that can only spawn if a horse and donkey breed together. This is also a reference to reality, as horses that breed with donkeys will also create mules. However, mules cannot be bred with another mule.

Skeleton horses are rare mobs that are a variation of skeletons. They can spawn if a horse is struck by lightning. They despawn very quickly though. Unlike regular horses, they will not kick the player off if they go more than 2 blocks underwater but will sink instead. Skeleton horses will not drown.

Skeleton trap horses spawn in thunderstorms according to the 1.9 snapshots. They spawn if a horse is struck by lightning twice during a thunderstorm. They consist of four skeleton horses with skeleton jockeys. They each have enchanted bows and iron helmets.

A zombie horse is a mob that cannot be seen in normal Survival Mode. The zombie horse is the zombie counterpart to a normal horse. They are only found in the game's coding for the use of commands and spawn eggs. They are a zombie variant, and unlike most other zombies, will not burn in sunlight, nor chase villagers. They were finally implemented in the Update Aquatic, with their own spawn eggs. Zombie horses cannot be ridden if spawned with a spawn egg.

In a Twitter posting, Jeb stated there was a potential need for adding a manually-controlled mount.[1] Notch later posted that horses may be implemented within 1.6 to 1.7. This can be confirmed by an Instagram post made by Jeb.[2]

A horse can be ridden but must be tamed by right-clicking on it with nothing in a player's hand. The horse will buck, causing a player to fall off. This must be done a few times until hearts appear around the horse. Using specific items will decrease the required tries. These items are as follows:

Afterwards, the horse can be mounted but the player will not have control of it (similar to having a saddled pig without a carrot on a stick, or having a Strider without a warped fungus on a stick). In order to gain control of a horse's movement, the player must find a saddle and place it on the horse.

When a horse is mounted, 2 new status bars will appear: one representing the mount's health, and the other representing how charged the horse's jump is. Horses can jump up to 5.5 blocks, depending on what kind of horse a player may have. This jump is higher than any other mob in the game. Holding the jump button will charge the horse's jump. In order to get the maximum height of the jump, a player must time it correctly. The bar's maximum will turn an orange color upon reaching the far right, and quickly degrades to a certain point about 4-5 checkmarks from the right where it will remain. Timing is quite difficult until the user has had enough practice. When shift-clicking against any kind of horse, it'll have an inventory and an armor slot with its saddle slot.

Armor may also be placed on horses to protect them. Armor can be made of leather (the only variety that can be crafted), iron, gold, or diamond, and can be found in the chests of numerous structures. Horses may be lead by a player by the use of a lead, which may be placed on any fence post to restrain the horse. If a player opens their inventory (default E) while riding a horse, a GUI for adding armor and saddles is opened.

Two horses can be bred by first taming each, and then moving them within close proximity of each other. While they are standing next to one another, feed each horse a golden carrot or golden apple. This will produce one baby horse. A horse may also be bred with a donkey to produce a mule. Donkeys are breed-able by the same process, while mules are not. Bred horses tend to be the average of adults. For this reason, the fastest horses and the strongest horses are always found in the wild as they can spawn that way. The reason being is because the foal gets its traits from its parents based on an average.

Baby horses (foals) can grow up faster if the player uses golden apples or wheat on them.

Horses will heal over time while a player rides them, and only will heal while near hay bales when a player is not riding them. Feeding horses golden apples or golden carrots will not heal them.

Players can use a splash potion of healing or regeneration on the horse while riding it, or throwing it directly at it while dismounted, which is the fastest way to heal horses. 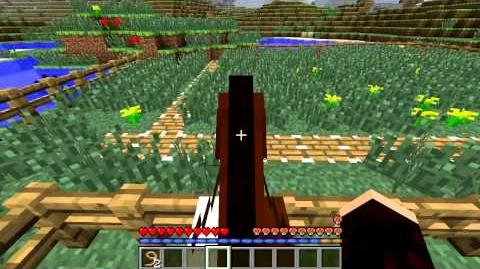 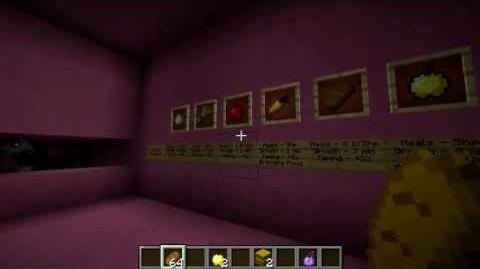 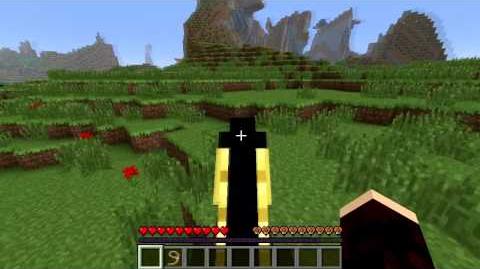