For a list of iron-related objects in Minecraft, see Iron (Disambiguation).

Iron ingots can be primarily obtained by smelting iron ore in a furnace or blast furnace. However, they can also be found in temples, dungeons, and stronghold chests. Rarely, zombies and husks will drop items made of iron, due to them wearing iron armor or holding an iron tool, or just the iron ingot itself. Iron golems drop 3 to 5 iron ingots when they die. 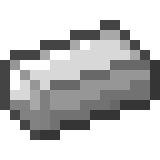 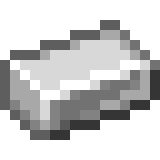