Minecraft Wiki
Register
Don't have an account?
Sign In
Advertisement
in: Not Yet Released, Mobs, Environment,
and 8 more

Mobs can be divided into three behavioral categories: passive, neutral, and hostile. Some mobs will change their behavior in response to certain situations (eg. if they are attacked). Mobs usually drop items and experience points when killed, with hostile and "boss" mobs tending to drop rarer and higher-quality items, as well as significantly more experience depending on their difficulty to kill

Utility mobs are created by players. They can protect players and villagers from hostile mobs (with the exception of creepers). They usually attack hostile mobs, but in certain situations, they will attack any type of mob or the player. An example is the Wither, which attacks all mobs except mobs that are considered undead.

Passive mobs are harmless to players and usually will flee if attacked. They provide beneficial items for players if the right tool is used (eg. shears to collect wool or a bucket to collect milk). Some mobs become passive only after they are tamed such as utility mobs. Some of these can also protect a player from hostile mobs.

Neutral mobs will attack a player only when provoked. They will not attack the player and have different behavior under usual circumstances otherwise. They may help attack other mobs as well. For example, untamed wolves will attack any nearby rabbits, sheep, baby turtles, and skeletons.

Hostile mobs will attack a player when they get within a certain range. For most hostile mobs, the range is typically 16 blocks, without any obstructions. Some mobs can sense a player from much farther away, such as ghasts, who detect all players within 100 blocks.

A boss mob is a special type of hostile mob that has an exceptionally large amount of health, a larger detection range, and triggers a health bar and name to appear at the top of a player's screen when they are within range. They are known as boss mobs due to their exceptional difficulty and are only recommended to be faced by experienced players. There are currently only two confirmed boss mobs within Minecraft.

These mobs are accessible in future updates.

Unused mobs exist in the Minecraft source code, but cannot be spawned in default survival mode, without the use of commands.

These mobs only exist in the Education Edition version of Minecraft.

Unimplemented mobs planned on the past updates, but currently do not exist within Minecraft.

Removed mobs no longer exist in modern Minecraft, but can be encountered in older versions of the game.

Mob A, "The Monster of the Ocean Depths" 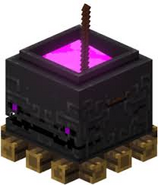 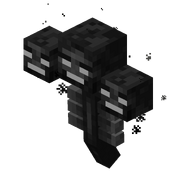 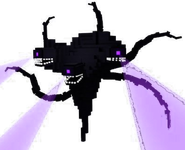 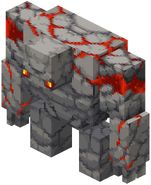 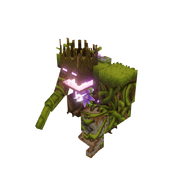