For other articles related to "bears", see Bear (Disambiguation).

Pandas are somewhat passive mobs found in bamboo jungle biomes as well as spidery forests, whose behavior is normally passive, but can sometimes be neutral.

The behavior of pandas may depend on their personality. One thing they have in common is their eating habit, in which they will wolf down their food while sitting down. When a piece of bamboo or cake is on the ground, any nearby pandas will walk to it and pick it up to eat it.

Pandas can have one of six personalities:

Pandas spawn in Bamboo Jungle Biomes in small groups at the surface on grass blocks with at least a 2-block space above them with a light level of 9+. They are significantly rarer than most jungle mobs. 5% of them spawn as baby pandas. 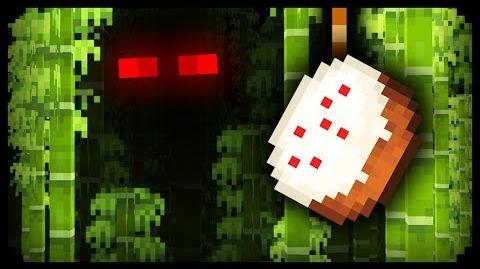