Minecraft Wiki
Register
Don't have an account?
Sign In
Advertisement
in: Not Stackable, Renewable, Articles in need of cleanup,
and 4 more

Potions are bottled substances which give players and mobs a limited-time or instant status effect if drunk or within its splash radius when thrown (in the case of lingering and splash potions). All drinkable potions are stackable in 1.16.2's combat test snapshot 7c (video: Minecraft 1.16.2 Combat Test Snapshot 7C : Stackable Potions!)

1. Start by crafting a brewing stand in a crafting table by arranging the ingredients in the following manner (it is possible to get one from a village church and mining it with a pickaxe as of 1.14 and get one from an End Ship as of 1.9):

2. In addition to the brewing stand, a player will need blaze powder and 1-3 glass bottles (crafted using 3 glass) in their respective slots (shown below), along with a water source to fill the bottles with (a water source block or a cauldron).

3. Fill the glass bottles with water by right-clicking on a water source while holding the bottles. Once a player has finished filling the bottles, they can begin brewing.

4. Put 1-3 water bottles and 1 blaze powder in the brewing stand and then put the first base ingredient (usually Nether Wart) in the top slot. When it finishes brewing, a player should have an Awkward Potion if they used nether wart.

5. Once a player has an awkward potion, they can put other ingredients in the top slot to make several different potions.

TIP: If a player is unsure which ingredients to use, look at the potion recipes section below.

Ingredients have a wide range of effects most of which develop certain ilk of potions with a few ingredients that specify the ilk of potion being brewed.

Bases are key ingredients that start off the brewing process. Bases are the first ingredient added to the glass bottles. The most commonly used base is the Nether wart since it is needed to make the largest range of possible options. The ilks of bases are:

Secondary ingredients are the ingredients that determine the ilk of potion (in other words, the effect). They are:

Converters describe the aspects of the current potion. You can't use 2 at once. They can alter the length-of-effect, positivity, or use. The types of converters are:

There are different categories of potions, like poison's variations: Poison, Poison II, and Poison Extended. A usual potion has the usual effects, which come naturally when it is 1st brewed, but some potions can be enhanced in 2 ways.

If a player adds redstone to a potion, it makes the potion last longer, thereby creating Poison extended ("ext" is added to the end of the potion's name). This enhancement can be applied to most potions, except for those that have an instant effect (i.e. Harming or Healing).

If a player adds glowstone dust to a potion, it makes the potion more potent/stronger, thereby making Poison II. Some potions can't be enhanced this way, as they activate an effect that can be only active or inactive (i.e Fire Resistance or Night Vision).

The following effects only apply to the regular potion without any duration or potency extents added to it. 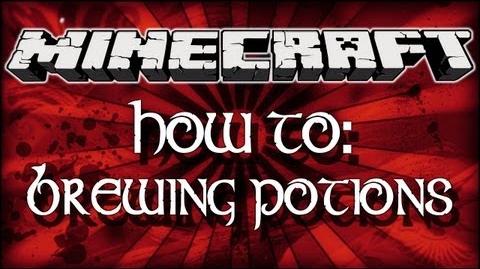 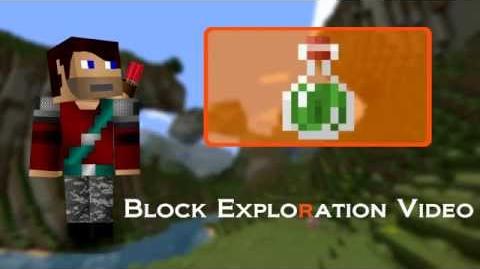