A Skin refers to the texture that is placed onto a player model or mob.

The skin is divided into areas that act as the surface area of the character. For example, there is the front head area, left leg area, etc. A skin will only allow solid color; transparency is not allowed on the skin file except on the second head area, which is transparent by default. The second head layer can be used to give the character glasses, hats, or other accessories (even a bigger head). If one tries to make a piece of the skin transparent, it simply turns black.

A skin can also refer to other textures in the game, such as block textures, item sprites, and mob skins. Modifying these is now supported since Java Edition Alpha 1.2.2.

It is worth noting that Pigmen, zombies, and zombie pigmen mobs can use typical player skins (and vice-versa).

A player can only change their character's skin if they have purchased Minecraft, and can be done via one's profile page by uploading a valid .png or .jpg image file. Skins can have the option of 3 or 4 pixel wide arms.

Since Pocket Edition Alpha 0.11.0, players can choose between the Steve and Alex skins and can apply their own custom skins. Players can also spend Minecoins to buy Skin Packs from the Marketplace.

A custom skin is a great way to personalize one's player model and can be done either by using a variety of community-made skin editors or by editing Minecraft's char.png file manually. This is stored in the Minecraft.jar file and can only be accessed by using an archive de-compiler (such as Winzip, Winrar, or 7-Zip).

In Windows, Minecraft.jar is located in "C:\Users\User\AppData\Roaming\.minecraft\bin", accessed by pressing Win + R and entering "%appdata%" in the command box. This is done differently on a Mac.

Capes (previously known as cloaks), are vanity items and are worn in addition to a player's skin. There is currently no way to obtain a cape on one's own, however, there are various mods that allow players to do this.

In October 2011, Notch renamed the cloak to the cape, mentioning that the name was already wrong in the first place.

So far the Christmas and New Years Capes have only been given out in 2010 and not subsequent years.

An example of a skin.

Another example of a custom Minecraft skin. 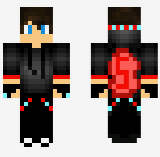 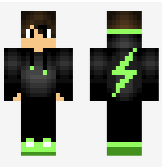 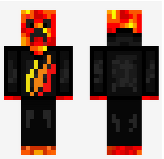 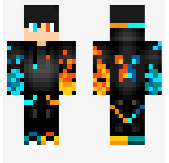 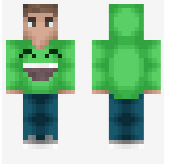 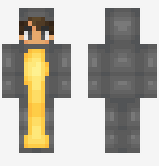 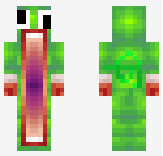 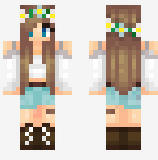 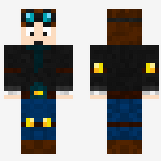 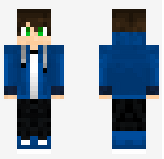