A Woodland Mansion is a generated structure added to Minecraft in Java Edition 1.11 and Pocket Edition 1.1.0. It houses vindicators and evokers, along with numerous loot chests.

Woodland mansions generate exceptionally rarely (Twice as rare as mushroom islands). They consist of several dimly-lit rooms which may contain loot chests that hold several useful materials (even diamond armor occasionally). There are many different types of interesting rooms to explore, including flower rooms, bedrooms, storage rooms, secret rooms, and rooms with statues of evokers holding torches, chickens, and/or cats. However, they are home to some very dangerous mobs, including the villainous vindicator, the evil evoker, and the ethereal vex.

Woodland mansions generate in roofed forest biomes and as such, can be difficult to find due to the extremely thick canopy. A good way to find a woodland mansion is to get a woodland exploration map from a cartographer villager through trading. The map will show a player a woodland mansion location. However, it will not always show the closest one to a player. Then the player should select the woodland mansion option with your tab button. It shows the coordinates of the mansion. 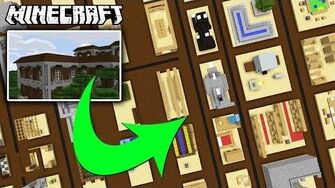